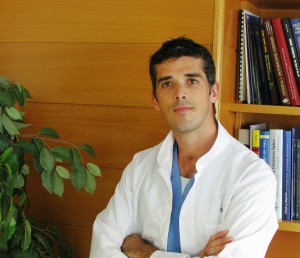 Dr.José Nieto Enríquez graduated in medicine from the University of Barcelona (Hospital Clínic), and later took up a MIR position as an ophthalmology resident at the Hospital Vall d’Hebrón in Barcelona, the largest university hospital in Catalonia. During his residency he passed the demanding exams of the American MIR equivalent (USMLE), obtaining certification from the Educational Commission for Foreign Medical Graduates to practice medicine in the United States.

Dr. Jose Nieto and his interest in oculoplastic surgery

Already a resident in ophthalmology at Vall d’Hebron Hospital, Dr.Nieto showed special interest in oculoplastic surgery, carrying out several stays as an observer doctor at Moorfields Eye Hospital and Western Eye Hospital in London. Upon completion of his residency training, Dr. Nieto was awarded a fellowship in oculoplastic surgery at the University of Michigan in the United States, thus becoming the first Spanish ophthalmologist to be granted an official fellowship by the prestigious Sociedad Americana de Cirugía Plástica y Reconstructiva Oftálmica (ASOPRS).

Since his return to his hometown, Barcelona, Dr. Nieto has combined his activity in the private sector at the Corachán Clinic with his activity in public medicine as a reference in oculoplastic reconstructive surgery in two public hospitals.

Dr. José Nieto has presented numerous scientific papers at national and international conferences on his specialty and is the author of several articles in specialized medical journals. He is a member of the European Society for Oculoplastic Surgery (ESOPRS) and one of the few European members of the American Society for Oculoplastic Surgery (ASOPRS).

Dr. Nieto is a reference in oculoplastic surgery. He combines his activity in reconstructive surgery in public medicine with his private reconstructive and cosmetic activity at the Clínica Corachán in Barcelonaand the Instituto Oftalmólogico Gabriel Simón in Madrid.